Programming Progress: The Influence of Funding on Inclusion in the Arts

When I was in the professional studies program at Shenandoah Conservatory for Music Therapy, there were two lectures that stood out most strongly to me – neither of which the brilliant and occasionally absent-minded professor had actually planned. In the first, he described various theoretical orientations, or professional values, that would influence our paths and approaches as music therapists. The other lecture turned out to be musings over what he believed to be the trajectory of performing arts outside of the commercial mainstream – which he posited that in order for it to survive, would require that arts organizations reorient their missions to serve community needs through their programming rather than catering more exclusively to affluent donors and audience members with the resources of time and money to attend long concerts of music by dead White men. (In all fairness, I’ll claim the expressed disdain for the elitist reverence for Western European musical traditions as my personal interpretation. Still, I doubt he’d disagree.)

Because of what I did identify within myself as a very humanistic perspective and approach to clinical work as well as performance in terms of my theoretical orientation, the idea of music organizations serving the needs of the people with an ethos of community resonated strongly with me. It’s continued to puzzle me when I’ve seen article after article of directors and artists grappling with the challenge of keeping the arts “relevant” when clearly music is one of the most powerful conduits for communication and connection to human beings – whether one considers it a mere function of the amygdala or nature of the soul. Why, when there is so much money in the ether of the upper echelons of our society and so, so much need in under-resourced communities, is it difficult to find reasons to make, hear, and share music of any modality? Why, when more artists and members of these communities who publicly insist that the works of brilliant musicians of color are underrepresented, are we still mostly seeing programs presenting the works of the same dead (and yes, also brilliant) European composers?

These questions are not to suggest that there are no organizations or companies celebrating or presenting the works of BI/POC composers or featuring BI/POC performers. Still, there is still much to be desired in opening the doors to new works, new art, new ideas, and there is no lack of opportunity for programming performances and even participatory music-making that supports education or wellness, for example. An article in the Baltimore Sun featuring an interview with Marin Alsop reveals that ideas gearing toward inclusion, community connection and service can face significant resistance by music organizations. For smaller organizations than the Baltimore Symphony, the stakes for unconventional administrative and programming choices may or may not be as high – but they certainly experience similar constraints when trying to maintain the financial resources necessary to keep their organizations afloat. So with this room for growth in the arts and choral organizations, perhaps all of us who are inclined to engage with them through performance or supportive resources could seize the opportunity to consider barriers to progress and equity which we have the power to dismantle.

While music and choral organizations will vary in terms of their primary funding resources, for the most part they tend to include grant funding, private donors, ticket sales, and sometimes membership dues and contracted performances. The competition for grants is fairly stiff, as everyone is looking for the significant financial support they provide and some are often renewed to established recipients whose missions have been accepted and desired (usually quantifiable) outcomes have been demonstrated. It’s also true that oftentimes obtaining grants is connected to connections: the organizations who receive them are often led by folks who are acquainted with members of the grant panels. Not surprisingly, it’s also true that the typical beneficiaries of these larger grants are relatively large-scale organizations with staff and board members who are experienced with communicating with the precise verbiage that will predictably attract the favor of panel reviewers, known and unknown.

Private donors, especially those who donate annually in larger amounts ($5,000 and way, way up), can attempt to influence programming based on their personal preferences and have been known to pull their contributions if organizations did not accommodate those preferences or “advice” to their satisfaction. Sometimes these donors can be hands-off in terms of repertoire, which is any organization’s dream – just trust us and our mission and we’ll be grateful for your support. When this isn’t the case, though, some leaders may be more inclined to exploit the conveniences of social media to garner mass support in smaller amounts. Once again, the caveat of popularity and hot topics can influence the effectiveness of this approach when leaders are thinking out of the box in their approaches to attracting and connecting to broader and more diverse audiences with programs that include artists whose perspectives represent those of marginalized groups and therefore influence the kind of art and music that is made. 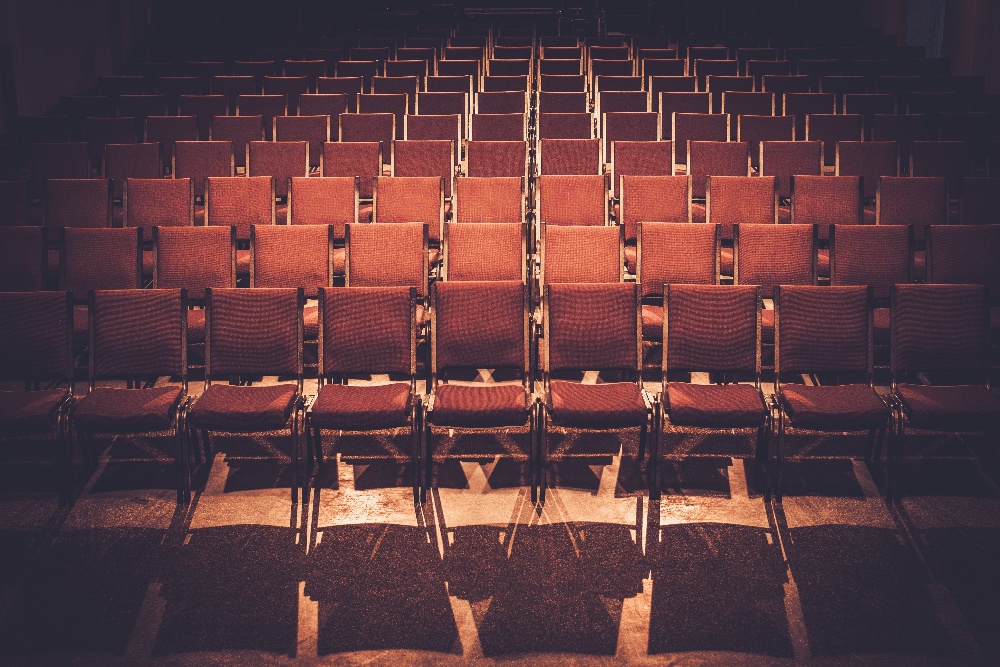 Ticket sales are often embedded in the conditions of the former categories: the music that’s programmed influences the audience that shows up or doesn’t. The audience response includes the affluent individuals’ desire to support through their donations. The draw of support from other entities and individuals and the reach of an organization’s programming influences grant panels’ assessment on an organization’s potential for return on investment. Drawing audiences to live or virtual performances is quite a task – and drawing them back is quite another, which depends on an experience that they want to repeat. When it comes to the repertoire or the performers, after all, people are ultimately in it for themselves: what does this music have to do with me? There’s also the bottom line in terms of funding, where even if a person wants to attend a concert – is the ticket price reasonable for them? Will the revenue from affordable ticket prices for a broader audience satisfy the organization’s financial requirements and expenses for the production?

Membership dues are an interesting factor, where the members of choruses that are classified as social clubs/organizations factor almost jointly as donors, audience members, and performers simultaneously. They pay dues because the music that’s performed and the social experience and cognitive exercise of preparing the music is gratifying to them. If an organization relies on programming that is in alignment with the performers’ interests (professional performers, of course, are primarily interested in paid opportunities that match their skill sets), transitioning into works that aren’t as immediately satisfying as familiar pieces and preferred genres is an even greater risk in some respects. Those performers will be difficult to replace and without a critical mass of them, there can be no performance, no audience, no ticket revenue, and nothing for a grant to support

Each of the above risks makes it tricky to try new approaches to performance and programming which include the works of artists in marginalized groups and otherwise underrepresented genres in our shared cultural spheres. Thankfully, we happen to still be collectively conscious of social justice initiatives and advocacy such that intentional shaping of programming that supports this messaging and aim for social change does actually attract audience members and donors in some cases. Washington National Opera, Classical Movements, Coalition of African American Performing Artists, and Third Practice Ensemble* are but a few examples of organizations who actively seek and program works by underrepresented composers, performers, and directors. This flurry of initiatives are hopefully the catalyst to creating an entirely new scene among artists, leaders, and audiences that also serves the community behind the conductor’s baton.

Sustaining any organization or business requires a critical combination of talent, tenacity, and clout – perhaps especially when it comes to the arts. The ways in which each of these elements contribute to obtaining the necessary financial resources for its growth is incredibly challenging for even the most established. Still, we can see that there is still room for (and examples of) leaders, artists, and audiences letting go of familiar paradigms and making space for the possibilities that intentional inclusion and diversity of thought can bring when the brilliance of the marginalized is brought center stage.

In short, I would encourage any reader who holds influence as a grant panelist, a private donor, an organizational or an audience member, or a performer to consider leaning into being part of the developing critical mass of human beings that invest in music experiences that amplify underrepresented voices and serve the communities in which they thrive. Support from these constituencies – from all of us – will help remove key lingering barriers to more inclusive programming.

* Many thanks to Amanda Corgnalia of Bella NoVa, Cliff Shoemaker of Fairfax Jubilaires, Brian Bartoldus of Handel Choir of Baltimore, Neeta Helms of Classical Movements, and Anita Prather Harvell of HALO, Inc. for sharing their experiences for this article.

Shana Oshiro, is an alumna of Morgan State University with a BFA in Vocal Performance and a former Miss Maryland. She has appeared with Opera Philadelphia in productions of Porgy and Bess and Margaret Garner and made several appearances with the Baltimore Symphony Orchestra as a featured ensemble member, as well as multiple local orchestras and chorales in the DC Metropolitan area. Shana is also a board-certified music therapist with a Masters in Music Therapy from Shenandoah Conservatory. She has continued her performance career combining her interest in community music therapy to address racism in the United States with her barbershop quartet, HALO, and their collective community music therapy initiative with their program Race and #RealTalk — a program in which people are guided through the listening and singing experience of Barbershop music to help engage with one another in difficult conversations about our country’s complex issues with race relations.