The entirety of my adolescence was spent navigating the labyrinthic horrors of puberty. From funky smells to asymmetrical limb growth causing countless clumsy accidents to an unwanted voice change, everything about puberty absolutely sucked. This is a commonality we all experience, with some having it worse than others. I didn’t know it at the time, but the pubertal struggles were heightened by their contribution to my gender dysphoria. With every “masculine” change that I experienced, I lost some of the physical femininity or androgyny that I had actually appreciated. I had hoped that these changes would eliminate the growing dysphoria inside myself, but instead, the opposite occurred.

I remember having to watch terribly cringey puberty videos as a 5th grader. Teachers separated the boys and girls to watch their own video–the boys went with Mr. Barber and the girls went with Mrs. Keating. I didn’t understand at the time why I was so upset that I wasn’t able to go with the rest of the girls. I just knew that if I was going to experience puberty, I desperately wanted to experience the right kind of puberty. But instead, I listened to Mr. Barber’s gruff voice instructing us all to remain mature before he inserted the VHS tape into the player.

After I began to understand my transgender identity, the immutable feeling that my gender identity and assigned sex at birth did not coalesce, in high school, all I wanted was to be able to take hormones and begin transitioning. I wanted to experience the right kind of puberty, because I felt like it was the only way I could feel better about myself and the body I was trapped in. But getting on hormones/starting the Hormone Replacement Therapy (HRT) process had many barriers, especially as a trans person who wasn’t yet an adult.

The first step was seeing a therapist, and answering extremely awkward and intimate questions from a stranger that came directly from the DSM-IV, the official manual of the American Psychological Association. After determining that I had the diagnosis of “gender identity disorder,” the therapist had to ensure that my “condition” was consistent, and not some kind of phase or fetish, following the (now outdated) Benjamin Standards of Care.

For a multitude of personal reasons, I didn’t get to start HRT until I was 26 years old. I’ll never forget the tears I cried as I sped down the highway to the pharmacy to pick up my prescription of estradiol, the most potent form of estrogen. My hands trembled as I tore open the bag and held the prescription bottle aloft. 26 years had led to this. For so long, I had dreamed about having a big party to celebrate taking my first pill, starting this second version of puberty, and ending the party with the big event.

But after all of those years of waiting, I lacked the patience. I took pictures of the prescription bottle, stared at the small, purple pill in my hand, and washed it down with a little bit of water. I then drove back to the junior high I was teaching at to begin my half day of teaching. Our UIL contest, Texas’s state festival, was a little over a month away, and I couldn’t be away from my choir any longer. And while I couldn’t share my celebratory news with the family that was my Varsity Treble choir, and they wouldn’t understand why I was in such a good mood, I knew that being with them and singing in a mundane rehearsal was all the celebration I needed.

I share some of this part of my journey because it’s important to know that starting the HRT process is a big deal, and it is never one that is taken lightly by anybody who fights to go through it. I won’t go into the actual changes I experienced through my own second puberty, at least not in this article. What I will do is talk a little bit about how HRT can affect different people on a more general basis, and especially while singing.

Before I do that, I want to remind you that not every trans or non-binary person decides to transition. Not every person that transitions has the medical ability, financial resources, or sheer desire to undergo HRT. Some do, many others don’t. And all of that is okay. Keep in mind that just because you have (or may have) a trans or non-binary singer in your choir, they may or may not be doing HRT. They’ll probably let you know if they are, but don’t assume one way or the other. 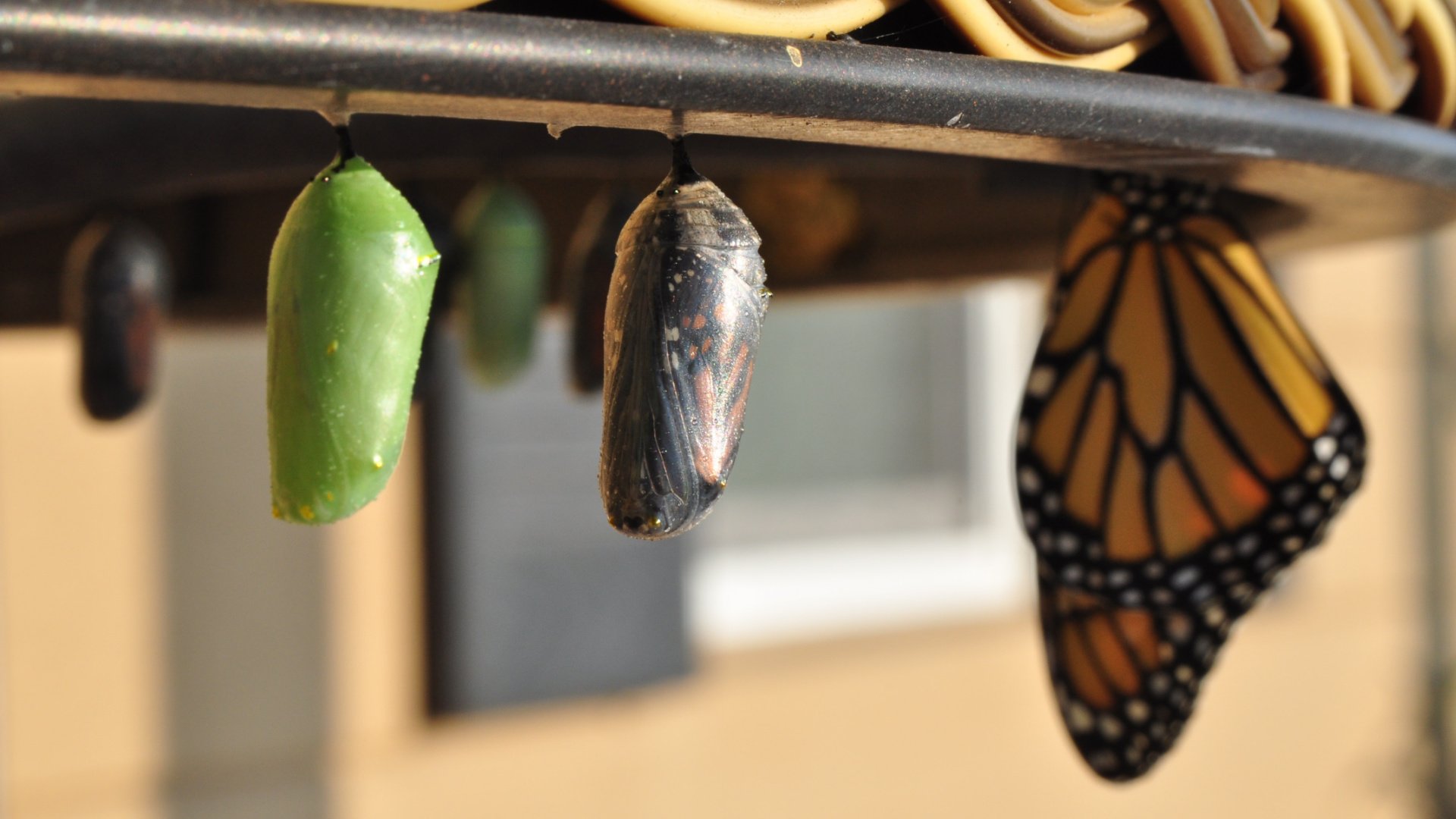 This is done by people who were assigned the male sex at birth (AMAB), but do not identify as a cisgender male. The goal is to have less masculine features and more feminine features. Doctors will tailor the hormone process to their patient, but usually the process consists of taking estrogen, commonly in the form of estradiol, which causes feminine physical features to develop over time. This can include breast development, the thinning of the skin (which tends to make it softer and leaves the individual more sensitive to temperature changes), body fat redistribution to more “feminine areas” like the hips and waist, a reduction in both head hair loss and body hair growth, decreased muscle mass, and emotional changes. Estrogen can be taken orally or via injection.

Many will also take an anti-androgen, like spironolactone, which functions as a testosterone, or “T,” blocker. Some transfeminine people will also take progesterone, which assists in feminization. Despite this feminization, the vocal folds are really not affected. Once the folds elongate, causing a lowering in frequency of vibration, thereby lowering the overall speaking/singing pitch, they tend to stay that way. Any vocal shift to a higher pitch is usually manually done by the person themselves. If there is an effect, it comes from the cyclical nature of feminine hormones. Some trans women experience some PMS symptoms without actual menstruation. This can affect the vocal folds, but more research is ultimately needed in this area.

This is done by people who were assigned the female sex at birth, but do not identify as a cisgender female. The goal is to have less feminine features and more masculine features. Typically, “T” is taken via injections, with the dosage and time in between injections set by one’s doctor. Testosterone will cause many masculinizing effects including stopping the menstrual cycle, lowering the voice, body fat redistribution, facial and body hair growth, and increasing muscle mass and strength.

Testosterone will cause the vocal folds to elongate and cause an entire vocal shift for the singer. There are elements that are similar to a cis male’s puberty, but it is not exactly the same. The singer can expect to have an increased lower range in the chest voice, experience vocal cracks/breaks in the voice, extra huskiness or breathiness, more vocal fatigue, potential temporary loss of access to the head voice, and a feeling of not having as much control over the voice.

Every person’s experience is going to vary slightly, but testosterone does cause some very dramatic shifts. If you, like me, geek out about vocal pedagogy, or are just interested in a month-by-month idea of what happens, I highly recommend “Teaching Lucas: A Transgender Student’s Vocal Journey” by Dr. Loraine Sims. (She also gives a wonderful lecture about this article. and in case you’re wondering, the “Melanie” she refers to is indeed me.) In this article, she chronicles the journey my friend underwent as they took testosterone, with their voice eventually shifting from soprano to tenor. It’s super interesting and can give you a more detailed understanding of what somebody could experience as they begin HRT.

These are prescribed to and taken by younger individuals who identify as transgender or non-binary, or those who are still “figuring it out” so-to-speak. They basically press pause on puberty, which will allow trans or non-binary youth to get to an age where people deem them “ready” to begin feminizing/masculinizing therapy, or to simply be more sure of their identity. For some younger people, they are still in the process of figuring out who they are. Pubertal blockers can help them as they navigate their identity. Some people end up realizing that they aren’t trans or don’t want to transition, while others become more sure of their trans identity. It varies from person to person. GnRH analogs simply give time before puberty strikes, and do not have any vocal effects outside of keeping the voice where it is.

The key takeaway from all of this is one that you probably already implicitly know as a choir director: the voice is an ever-changing instrument, and different people are going to have different areas of concerns with their voice, whether they’re on HRT or not. If you keep doing the things you know to do, and encourage healthy singing, hydration, and don’t mind a voice crack or two, your choir is going to continue to succeed, and both you and the singer are going to feel more at peace. 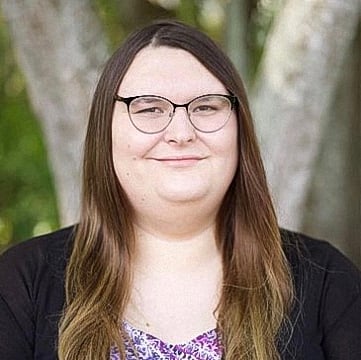